Fields and walls hidden between trees and ponds…

The Noormansveld in the southern part of the Dwingelderveld, the largest contigous area of heathland in northwestern Europe, is situated on the transition of a lower lying area to a higher coversand ridge. The subsurface mainly consists of coversand which at some places covers boulder clay depositions. The soil is podzolic with loamy fine sand or poor loamy sands. The research area with the Celtic field and grave mounds can be found in amongst the forest, meadows and a small pond.

Altitude map of the area around Noormansveld.

Besides the use of the area as prehistoric agricultural fields, historic habitation locations in the Noormansveld are scarce. Extensive sheep herding and deforestation has caused further expansion of heathland until the 18th century. This “emptiness” is clearly visible on historical maps. In the early 20th century a start is being made with cultivating heathland for the purpose of agriculture and reforestation is taking place. The Noormansveld was acquired in 1930/31 by Natuurmonumenten for landscape and nature preservation purposes. 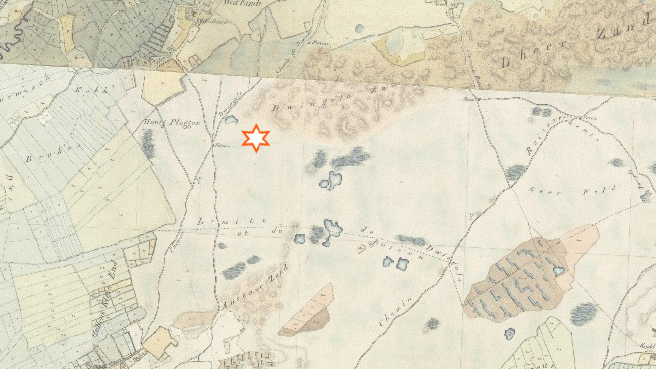 Traces of human presence from the hunter-gatherer period until the Iron Age have been found in the region of western Drenthe. A well-known example for this is the canoe of Pesse. Megalithic monuments and grave mounds containing gifts like a needle and a sword are reminders of habitation phases from respectively the Neolithic and the Bronze Age. Various urnfields from the Late Bronze Age and Early Iron Age seem to point to an intensification of occupation which appears to decrease in the Roman period. Next to the Noormansveld other locations of Celtic fields are known in the region having a variety of visibility on altitude maps as well as in-situ. Long-term habitation at the same location from the Iron Age until the Early Middle Ages has been demonstrated for instance in Wijster. This indicates that the region of western Drenthe, over a long period of time, has proven to be an attractive area to live in. 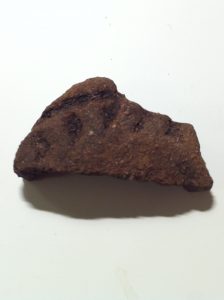 In the area of the Noormansveld grave mounds have been restored in the late nineties by the province of Drenthe. Since 2014 the University of Groningen has carried out multiple excavations with first year students. Trenches and pits were dug at wall locations, at the edges of grave mounds, across cart tracks and at sites where house plans could be expected. Next to charcoal, flint and pottery fragments, traces in the ground and the stratigraphy in the walls are the most important finds to reconstruct the history of this celtic field complex. A special find has been the discovery of a house plan with outbuildings in the middle of fields and walls in 2016.